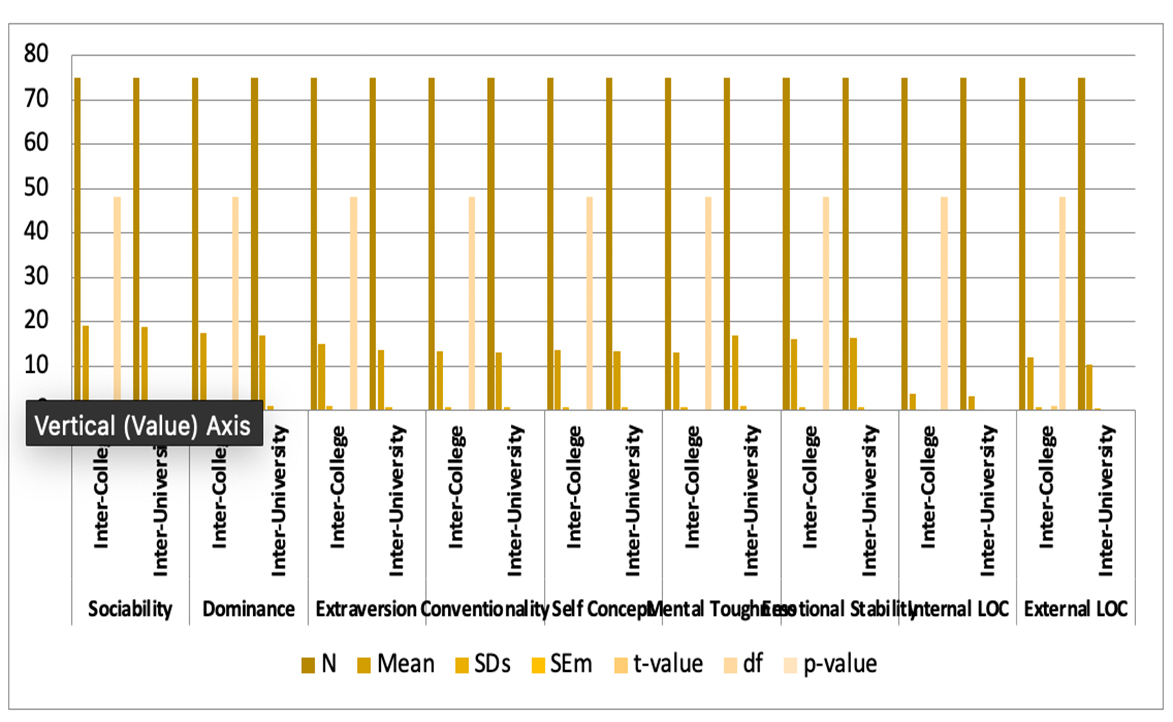 Abstract: There has been an increasing amount of attention to the inter-relationships of personality characteristics with Cricket performance. The aim of the present study is to measure the personality characteristics, like sociability, dominance, extraversion, self-concept, conventionality, mental toughness, and emotional stability as well as internal and external locus of control. Methods: A sample of 150 Cricket players sportspersons was selected, out of which 75 were from inter college level and 75 were from inter university level competition and they were administered two standardized tests for measuring Sports Specific Personality Test and Locus of Control Scale. Result: It was found that no significant differences were observed on almost all the personality characteristics between inter-college and inter-university level cricket players sportspersons except mental toughness and external locus of control variables. Conclusion: It is found whereas the inter college level cricket players were having better mental toughness and more externally oriented than inter university level cricket players.