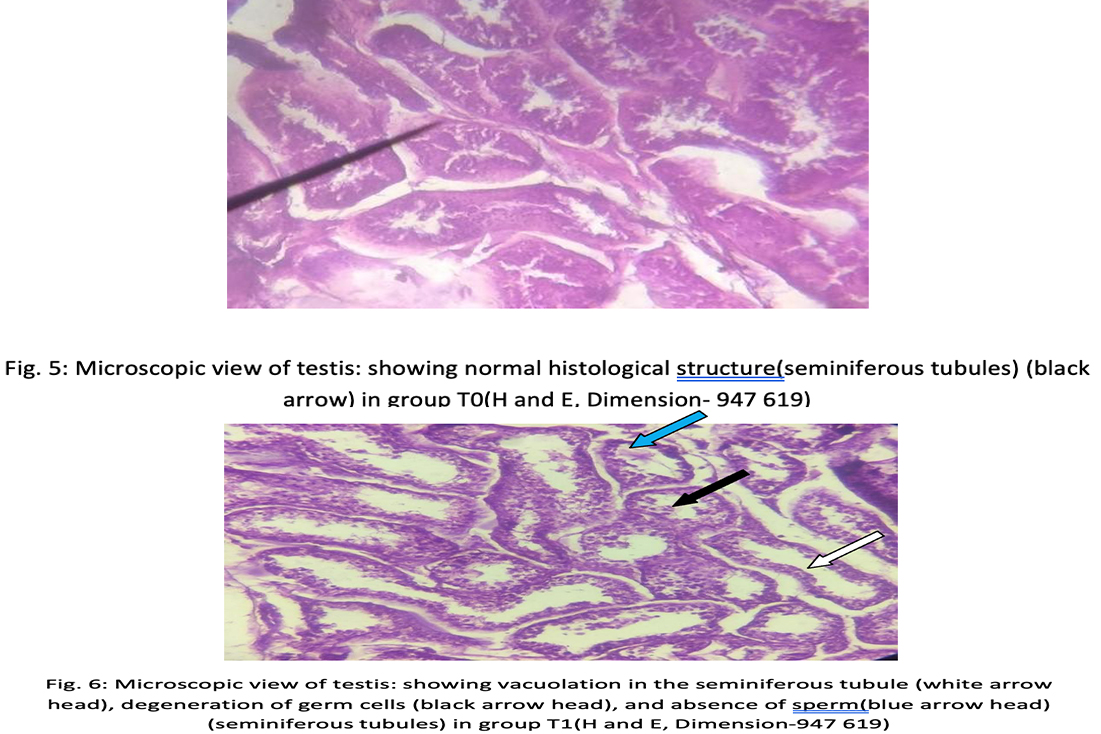 ABSTRACT: The experiment was conducted to observe the toxic effect of different doses of dietary lead (Pb) on biochemical, gross and histopathological changes in the testes and kidneys of male rabbits. A total number of 36 rabbits (4.5 months of age) were assigned in three dietary treatments with three replicates. Control group T0 received only a basal diet and the other groups T1 and T2 received a basal diet supplemented with Pb at a dose level of 20 and 40 mg/kg bw respectively. By the end of the experiment (4 months), animals were slaughtered and blood and tissue samples were collected for biochemical and histopathological tests. Oral administration of lead caused decreased weight and congestion of the kidney attributed to the glomerular shrinkage and reactive cell infiltration microscopically. Significant decrease in weight, degeneration of germ cells, and vacuolation of the seminiferous tubules were recorded in testes. Serum testosterone level was decreased in lead-treated groups which might be due to the cellular degeneration of Leydig cells. In conclusion, lead acetate had a serious dose-dependent biochemical and histomorphological effect in the male rabbit.